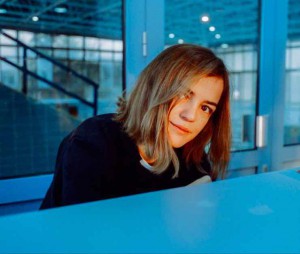 Dragana Baćović (Nikšić, Montenegro, 1989) graduated from the Department of Theater and Film Scenography at the Faculty of Art and Design in Belgrade in 2012. She lives and works both in Montenegro and Serbia. She mainly works on films, feature and shorts, series and other video formats. Notable feature films include: Oasis (2020, Serbia), You Have the Night (2018, Mne, Srb), Mamonga (2019, Mne, Srb, BiH), After the Winter (2021, Mne, Srb), Stork (2021, Mne, Alb, KS). Some of the shorts are: Our Skin is Going to Gray (2014, Srb), A Matter of Will (2015, Mne), Moonless Summer (2014, Srb), The Last Picture of My Father (2019, Srb), Clouds (post-production Oman). She has participated in numerous national and international events and film and theater festivals. She won the Velimir Bucko Radonjić award and scholarship in 2015, awarded by the Montenegrin National Theater. She has exhibited her work in the group exhibitions several times and took a part in art performances.