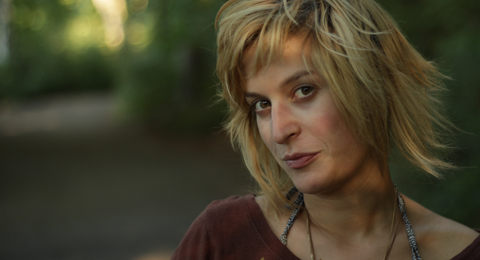 Marija Barna-Lipkovski (Belgrade, 1989) is a theater director and drama pedagogue. She graduated in theater and radio directing at the Faculty of dramatic arts in Belgrade in 2012 in the class of prof. Nikola Jevtić. After finishing her BA she was a guest student at the Ernst Busch Hochschule f. Schauspielkunst in Berlin as a DAAD scholar and an assistant director in Berliner Ensemble. She obtained an MA in theater and radio directing in Belgrade in 2015. That same year she founded an independent theater group Threepenny. Her theater shows guest performed on many Serbian and European festivals, among which are: 100Grad Festival (Berlin), ZLOMVAZ Festival (Prague), GavranFest (Prague), Days of comedy (Jagodina), INFANT Festival (Novi Sad), ArtOkraina Festival (St. Petersburg). She is the laureate of the prize for best directing at ArtOkraina Festival. Through her pedagogical work in the programs of Little and Young theater experts, developed in collaboration of Threepenny with National theater of Belgrade, her colleagues and she have been developing new theater audiences. Through engaging with theater this program aims at strengthening the critical apparatus of children and youngsters, as well as researching their authentic cultural needs. She is also one of the founders of the Visual anthropology center, Belgrade. Using audio-visual means this center is preserving the (sub)cultural legacy and improvement of culture of remembrance.