Art work “Process, or What DOES matter to me” 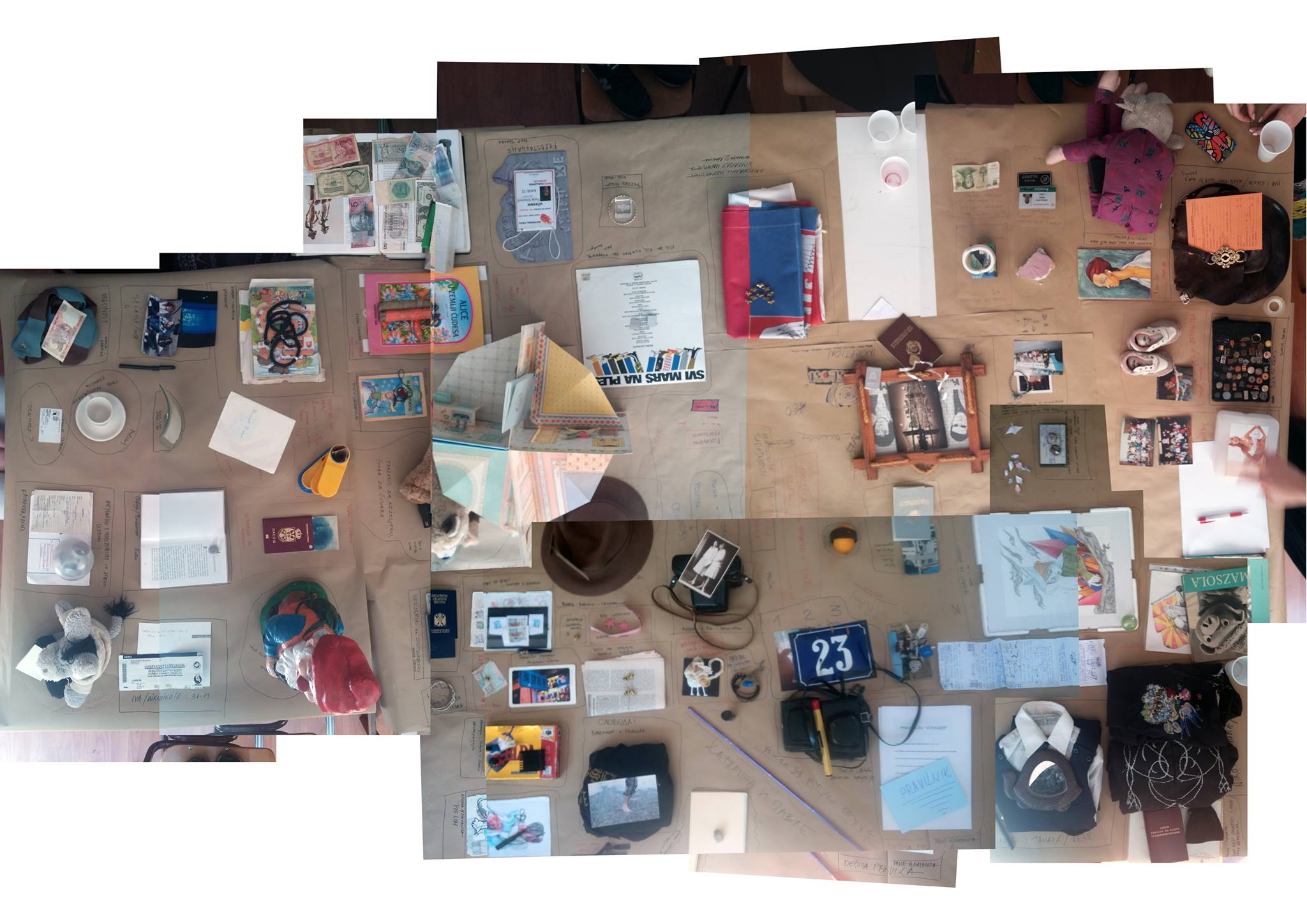 “Process, or What DOES matter to me?” is a performative installation created by fifteen (minus one) students from different faculties and universities in Serbia who, while present in Kafka’s house, talk about the formation of identities — individual, group and collective — created under the influence of political circumstances. Commencing from personal experiences gained from growing up and living in a turbulent region, where the political situation had a strong influence on every individual, participants in the installation share their personal stories, establishing that the common ground inhabited by these, seemingly very different tales, is the inevitable conditionality of all levels and aspects of identity that they are talking about. The quest to find and establish this common ground, unified this medley of individual students, who developed into a community with established and/or recognized common values, goals and ideals.

The process of storytelling thus becomes an instrument through which the students introduce the audience into the spatial area of their newly established common identity. The individual experiences are expressed through a variety of formats and media utensils, by means of deliberate use of deeply personal items – artifacts, which are intimately related to the essence of these stories. More than one hundred artifacts are arranged in the smaller room of the pavilion. The core ambience of this space inspired the authors to recognize the elemental power it combines and use it as the storage space for the artifacts, which in turn conduct the embedded memories to be related to the audience, whispering their hidden tales. The larger room is a stage housing the void, where the absence of any stories attracts the fortunes and muses to inspire new experiences that are bound to occur and produce new tales. The void is indicated by the empty space, i.e., stage markers that articulate the space. On stage, in the performance area, students share their group identity with the audience through storytelling in a creative process that aims to convey, at least temporarily, the collective identity of the participants through this artistic event.

Politics groups individuals into a collective. Whether we are aware of it or not, it is certain that from the moment of birth, we are constantly affected by the consequences of political activity that are imposed on all of us. In this manner, from the very beginning we become an integral part of the whole that is affected by the same or the similar context of living, which is directly determined by the political decisions someone made for us at some point in time. The individual is therefore both the cause and the result of political action, and is essentially inseparable from it.

In some sense, for all of us in this region, politics represented a process by which collective action was transferred to the realm of deeply personal and intimate feelings, with more or less obvious consequences. During that process, politics has also left a trail of material objects. Innocuous objects that define our childhood have been transformed into a manifestation of the operations of a very adult, violent and self-destructive system that has affected us all from birth and which has demarcated the essence of our identity, as well as our position within an embodiment of imposed social order. Society, or its political manifestation, has created artifacts out of us and our belongings through the passage of time, narrating fantastic stories of which we are only recently becoming aware —since we are no longer children.

Our task is to alert anyone who devotes their attention and time to us of this, and make them aware of the manifestations of this process that have irreparably scarred us. Behind the harmless facade of a coming of age, there it hides a collective character that has, in its short existence, lived a life that most people probably could not even fathom. Particulars of this complicated situation are often something that we ourselves are not fully aware of. This cognitive process to which we dedicate ourselves and collectively pass through represents a constructive awareness of political and social causes that led to creation of all our stories and the context in which our artifacts are placed, as well as their presentation to a world which has almost forgotten about us and our coming of age—or is at least trying to pay it no attention. 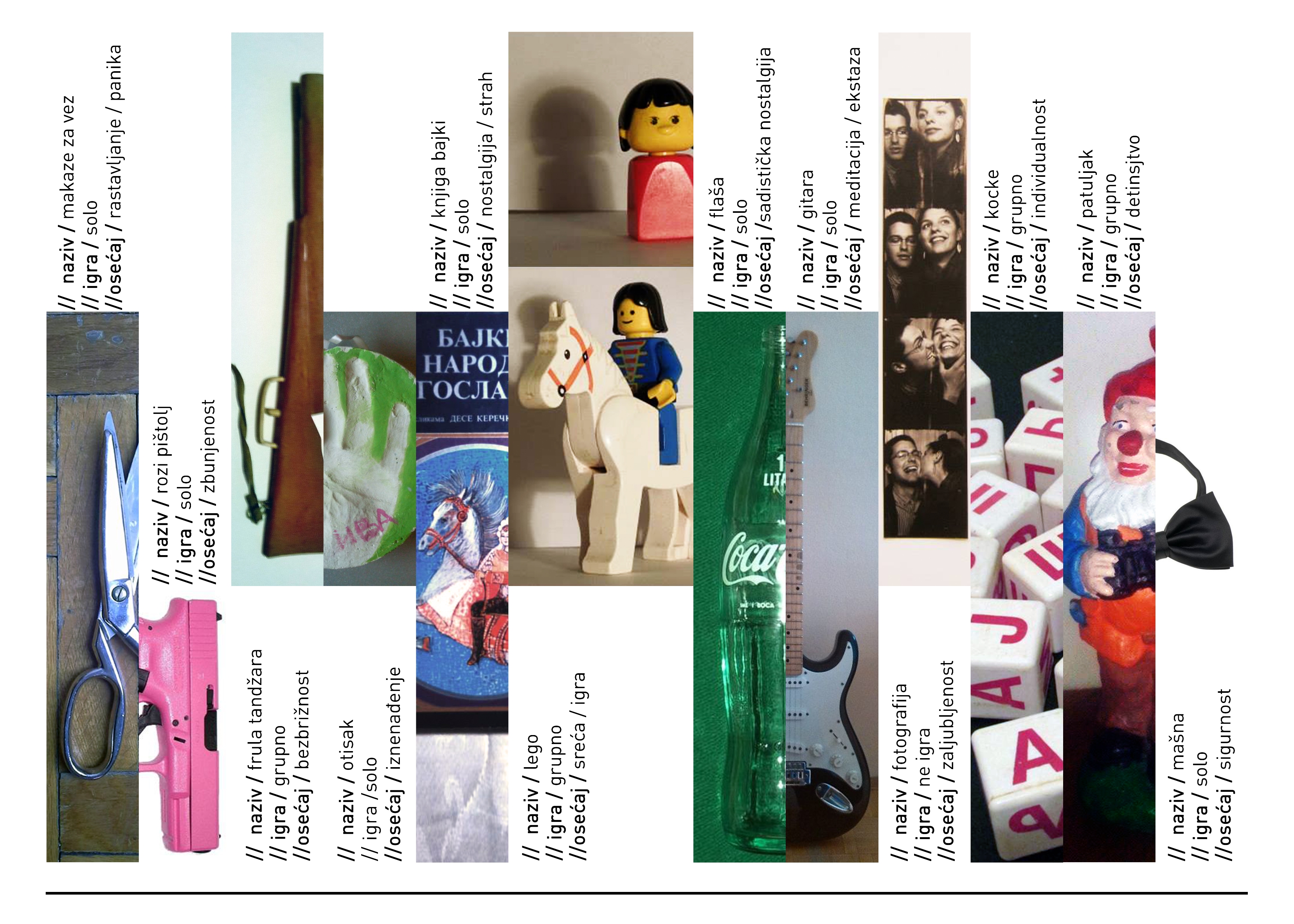