Browse: Home   /   MIKHAIL AFANASYEVICH BULGAKOV AS THE TOPIC OF SYNTHESIS ART PROJECT AT THE PHD STUDIES OF SCENE DESIGN 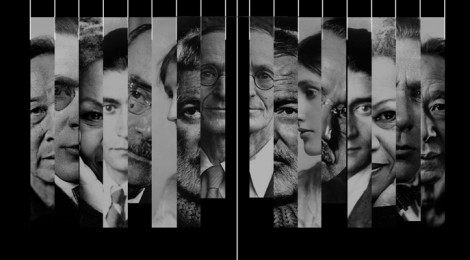 The play Nečiste sile (Demons) by Ljubiša Vićanović, that won the Sterijino pozorje competition for the original national play of 2013, was the basic template for synthesis project that the students of the second year of PhD studies of Scene Design concluded their group creative work with. Their research, however, includes the widest context of Bulgakov’s creative work and the time in which he was creating, with the particular reference to his major work The Master and Margarita. Supported by elective courses dedicated to the study of new practices in space and time design (Miljana Zeković and Ivan Pravdić), as well as visual and sound image design (Marko Lađušić and Zoran Maksimović), and in cooperation with the mentoring team led by Radivoje Dinulović and Daniela Dimitrovska, the students will, after a thorough theoretical and artistic research, realize a complex collective artwork as a poetic response to the questions and problems encountered in the work process. The project will be performed as a part of our most important theatre festival Sterijino pozorje in 2016.