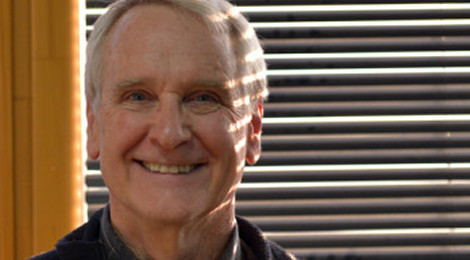 Michael Ramsaur is a Professor of Lighting Design and Production Director at Stanford University, where he has also been the Director of the Department of Drama. In addition to Stanford he also serves as an Honorary Professor at the Central Academy of Drama, Beijing and has taught regularly at the Bavarian Theater Academy Munich and as a Guest Professor at the University of Arts Belgrade in the Interdisciplinary Program in Theater Design, at Trinity College, Dublin and at the University of Art in Taiwan. He was the President of the International Organisation of Scenographers, Theatre Architects, and Technicians OISTAT, and has recently been elected associate of the American Institute for Theatre Technology USITT. He has given lectures and expert workshops in 19 countries. As a lighting designer, he has participated in over 200 theatre productions. Professor Ramsaur was awarded a Fulbright Grant and received numerous awards for light design. He has organizedtheScenofest at the Prague Quadrennial and is the editor of digital multilingual lexicons and dictionaries of technical terms for theatre design.

Thecycle of talks Dialogues on Scene Design is a continuation of a series of lectures that the teachers from the Department of Architecture and Urban Planning at the Faculty of Technical Sciences in Novi Sad held in 2013 at the Cultural Center of Novi Sad, entitled ‘What is the scene design?’

This year, the teachers have entertained sevensignificant domestic and foreign personalities within the field of performing arts, with whom they have discussed the topics related to their creative relationship with the scene design as a specific area of interdisciplinary artistic activity. This cycle of lectures presented visiting professors, future associates and prominent creators who will participate in the studies of scene design at the Faculty of Technical Sciences in Novi Sad during the2014/15school year. The cycle of talks was also a part of the preparation for matriculation at all the levels of scene design studies.